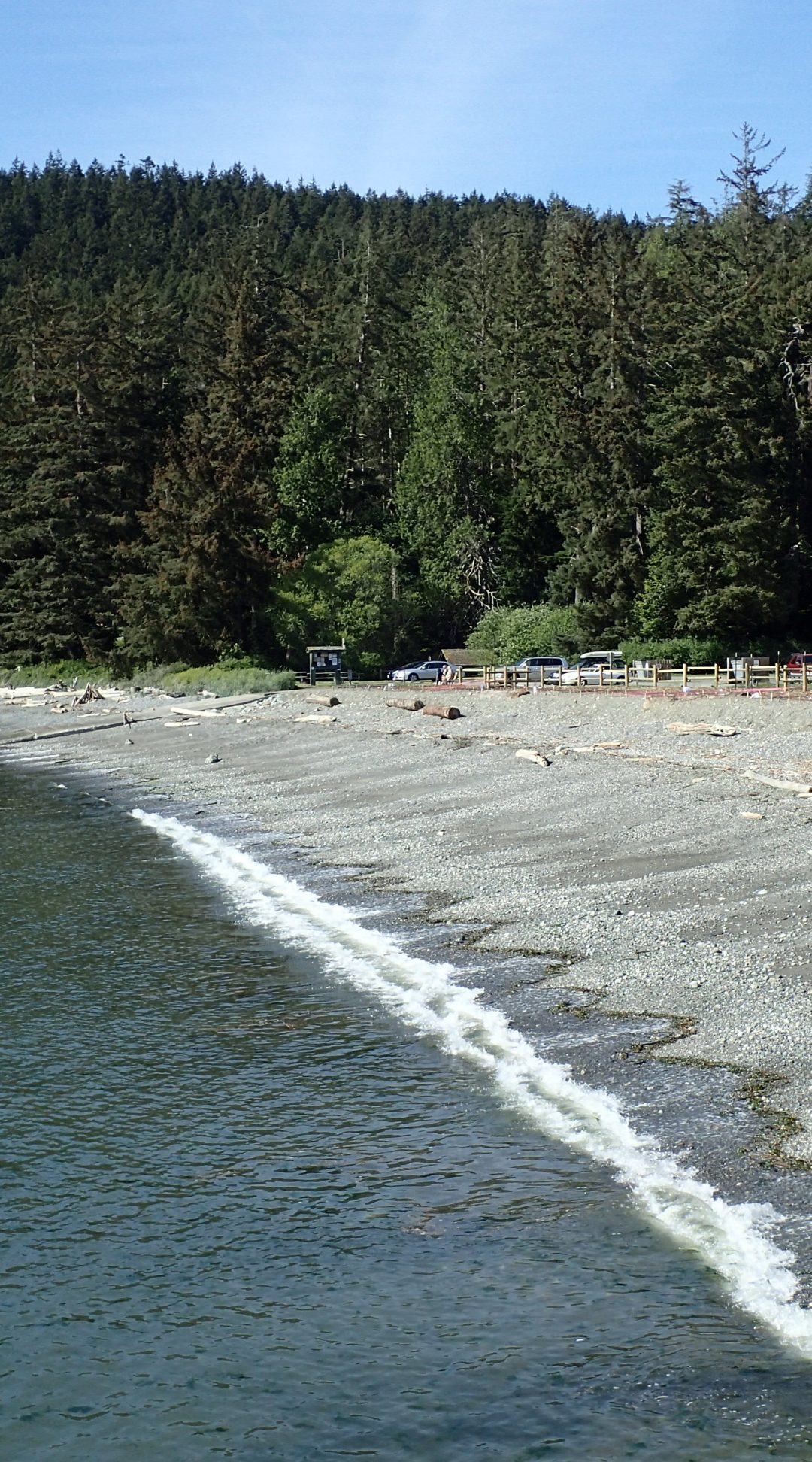 Bowman Bay has been documented by Washington Department of Fish and Wildlife (WDFW) as surf smelt spawning grounds and by U.S. Fish and Wildlife Service as critical and essential habitat for foraging and migration bull trout. Bowman Bay is also extensively used by juvenile salmon.

The area has a long history of work by the Civilian Conservation Corps in the 1930’s and 1940’s and was armored prior to the 1970’s to protect a fish hatchery and marine biology station operated by the Washington Department of Fisheries (now Fish and Wildlife) since 1947. In 2006, the armor was damaged in a storm and was repaired in early 2011. The bulkhead consisted of approximately 2,050 tons of armor stone and quarry spall that interrupted shoreline processes and disrupted potential habitat for fish such as surf smelt, juvenile salmon, and bull trout.

This project is designed to restore natural erosion and sediment transport along and across the shoreline creating a viable habitat for juvenile salmon and bull trout migration, and forage fish spawning. The project removed the rock armoring, regraded the beach to match the natural contour, added beach nourishment material suitable for forage fish spawning, and substantially enhanced riparian vegetation.

This project has been funded wholly or in part by the United States Environmental Protection Agency under assistance agreement PC-00J90707 through the Washington Department of Fish and Wildlife. The contents of this document does not necessarily reflect the views and policies of the Environmental Protection Agency or the Washington Department of Fish and Wildlife, nor does mention of trade names or commercial products constitute endorsement or recommendation for use.